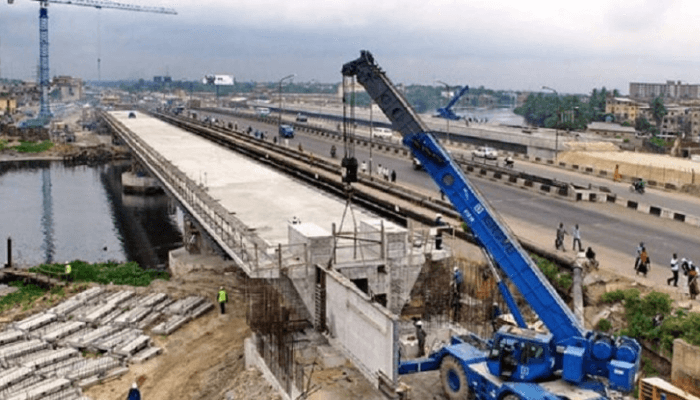 Nigeria’s plan to take more loans from China to fund critical infrastructure might come to a halt on the back of the country’s intent to cut lending to African countries as a result of the continent’s rising debt profile.

Chinese President Xi Jinping, while speaking with the triennial Forum of China-Africa Cooperation, held in Senegal last year November, indicated that China, over the next three years, would slash the headline amount of money it supplies to Africa by a third (1/3) to $40 billion with more emphasis on SMEs, green projects and private investment flows rather than large infrastructure, which was the former norm.

This came barely five-month President Muhammadu Buhari said it would continue to collaborate with the Chinese government in the area of provision of critical infrastructure June last year.

Femi Adesina, special adviser to the president on media and publicity, stated this when he hosted Cui Jianchun, Chinese ambassador to Nigeria, in his office at the State House, Abuja.

“Nigeria has high respect for China and what China is helping Nigeria to achieve, particularly in the area of infrastructure.

”President Buhari came at a time of severe infrastructure deficit in the country and resolved to make a difference and he is making that difference with the assistance of China. Nigeria appreciates China a lot for these and will continue to collaborate with it,” he said then.

“And now that China is saying they want to cut down on these lending, it might affect Nigeria a bit in terms of getting cheap funds for infrastructure projects because the money they are getting from China is concessionary funds (long-term maturity at low-interest rates).”

Last year, Rotimi Amaechi, minister of transportation, said they plan to take more loans from China in a bid to extend rail services to more states in the country.

“We raised funds from China to do the Lagos-Ibadan. Currently, we are doing Kaduna-Abuja from the budget, but we are yet to get the loan. We are still negotiating with China and we hope that before March next year, we should be able to get the loan so that we can continue,” Amaechi said.

From almost nothing, Chinese banks today make up about one-fifth of the total lending to Africa, concentrated in a few strategic/resource-rich countries, some of which include Nigeria, Angola, Djibouti, Ethiopia, Kenya, Zambia, and Uganda.

“It is not going to be a good one for Africa because it is another tactic of course. The kind of planning that needs to go into transiting to green energy is massive. A lot of African countries are not well planned for that now,” Damilare Asimiyu, a senior analyst at Afrinvest Securities Limited, said.

He said in terms of our growth dynamics, it was not going to be favourable for us because we don’t have the capacity to make that transition now.

Having dived head-deep into one of the world’s poorest continents, Chinese lenders have grown more cautious as some nations have reached the limit of their borrowing capacity and the prospect of default looms large.

The International Monetary Fund (IMF) lists more than 20 African countries as being in, or at high risk of debt distress.

Chinese banks have learned many lessons over two decades of lending to African governments. In the 2000s, they experimented with financing infrastructure in resource-rich countries, such as Angola and the Republic of Congo, by securing loans against oil or mineral shipments or future-derived revenues.

Rising African debt and the economic fallout from the COVID-19 pandemic may force China’s banks to adjust their lending practices yet again.

Bankers and lawyers however caution that a systemic crisis could overwhelm Chinese banks’ attempts to protect their interests through escrow accounts and exemption from global debt restructuring deals.

It is going to be a major setback in infrastructure development in Nigeria, Ayodeji Ebo, head, retail investment, Chapel Hill Denham, said.

“We depend significantly on them (China) to execute a significant number of our projects, especially now that we want to execute our National Development Plan,” Ebo pointed out.

“It is high time we began to look to other countries for loans,” he said.

Adding fuel to the flames, events from China’s debt repayment debacle with Uganda last year served as a stimulant that accelerated the decision by the Chinese government to eventually cut back on lending to Africa.

The crux of the matter was centered on a contract signed six years earlier between the Ugandan government and China Eximbank; one which some Ugandan lawmakers, officials and lawyers said undermined national sovereignty.

A Ugandan report last year even suggested that Beijing could seize Entebbe Airport (the country’s main international gateway), a claim that echoed accusations of Chinese “debt traps” and one forcefully denied by both governments.

While some analysts draw a parallel with western financial institutions, including IMF and World Bank, which lent generously to African governments in the post-independence period only to impose harsh structural adjustment programmes on them from the 1980s after governments struggled to repay, others are of the opinion that some of the concerns over the contract clauses are overblown.

In both cases, however, all project revenues are currently channelled into China’s debt repayment reserve account; in effect, giving Chinese lenders first dibs on revenue of any African country, if the country at any point becomes distressed, Nigeria inclusive.

What tenants do not know about Lagos monthly rent

The Federal Housing Authority (FHA) has raised an alarm over the activities of fraudsters who are...
Continue reading
by Admin

Inflation, demand push up rent for 2-bedroom apartment 200% in 5years

Rising inflation in Nigeria coupled with growing demand have pushed up rent for 2-bedroom...
Continue reading
by Admin

These are not the best of times for investors in Ghana’s hospitality sector as about 80 percent...
Continue reading
by Admin